On August 31, Google recognized Jenks sophomore Gwenith Madhan as one of the Top 5 National Finalists in the 2020 Doodle for Google competition.

Doodle for Google is an annual national contest sponsored by Google for students in grades K-12. Of the “tens of thousands” of entries Google said they received, 54 doodles were selected for public voting. Madhan’s entry emerged as the top doodle from Oklahoma and proceeded to win the national finalist award, representing the 8th-9th grade category. As a national finalist, Madhan earned prizes such as scholarship money and techy merch.

Every year, the contest comes out with a new theme; this year’s Doodle for Google theme was “I show kindness by….” Madhan’s thoughts went to social media when she learned what the theme would be.

“I began thinking about ways I show kindness in all situations, not just like a random act, and the idea of social media came to me,” said Madhan. “I don’t engage in negative stuff on social media or cyberbullying. I try to stand up when I can. [The message] is to remember to be kind on social media, even though you’re behind a screen and not talking to someone face-to-face. We’re the people who have to think before we act on social media.” 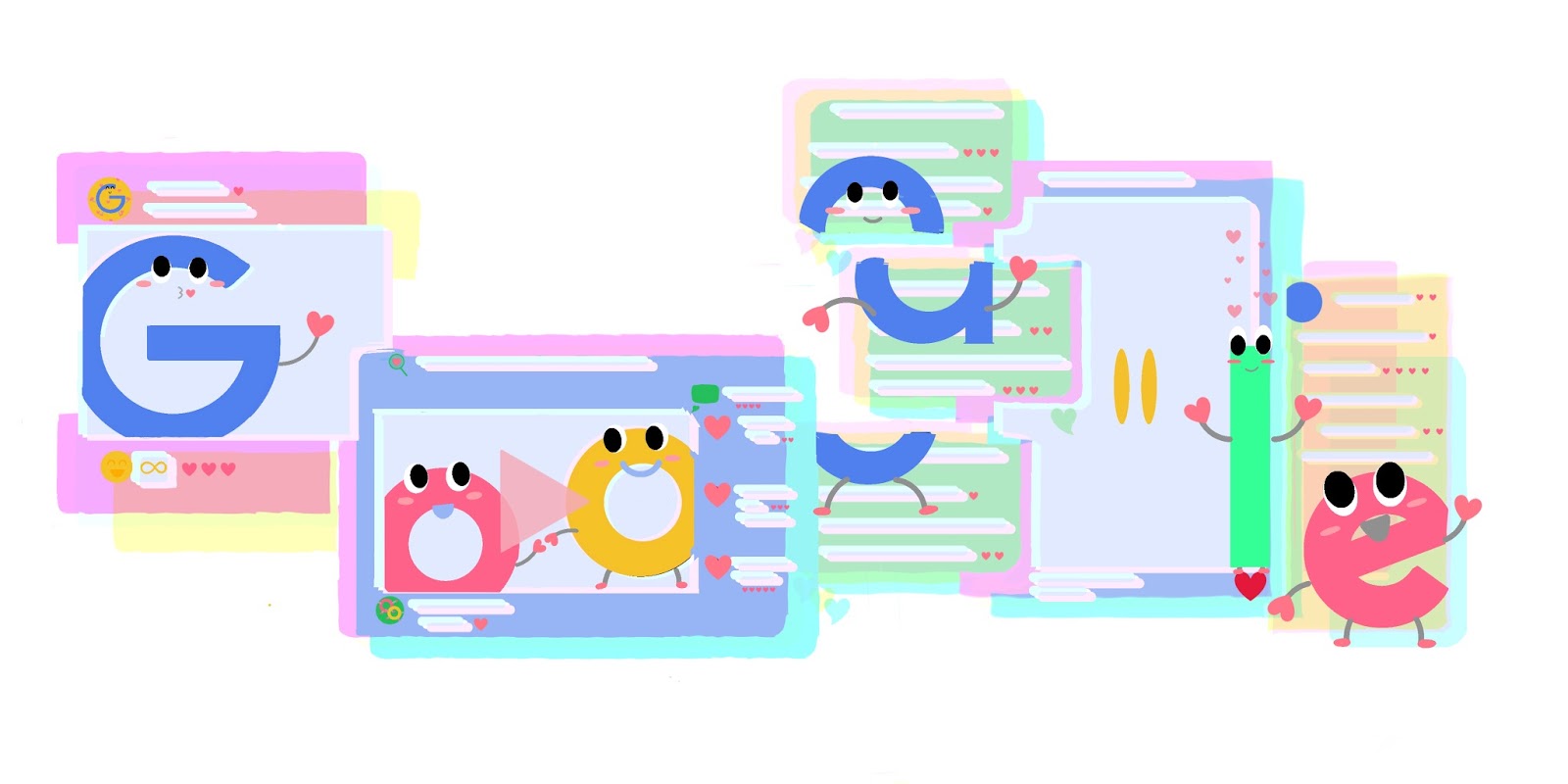 Madhan first started off hand drawing her doodle on a piece of graph paper as a rough sketch, finding it easier to draw the idea she had in mind because it outlined the boxes. Later she filled in the details, such as coloring and outlining, through a digital creating app.

Madhan’s sister, Lillian Madhan, said, “I didn’t think a lot of it [at first] because Gwenith does a lot of these competitions on the side. But, when she won, I was really really happy for her. I honestly felt that she deserved to win because her art was really nice and her message was nice as well.”

To add to that, Madhan’s yearbook advisor, Mrs. Fitzpatrick said, “[Her art is] very creative and eclectic, unexpected from this sweet girl who is also incredibly smart and academic. I was surprised to see this burst of creativity out of her soul.”

As a state winner, Google sent Madhan a decorated PR package with Google colored balloons. Inside the box was a home speaker, tablet, shirt and bag with her design on it, stickers, and a certificate. For the Top 5 National Winner Prize, they sent her a giant back-to-school themed box that had a backpack, projector, Google Pixelbook, thermos, pencils and a lot of other Google merch. Due to COVID-19, the Top 5 National Finalists, including Madhan, didn’t get to visit Google’s California headquarters.

Madhan’s advice for students interested in entering the contest is that, “If you just have any good idea or think of anything creative, maybe you think it’s absurd, just enter it because what’s the worst that can happen? You might just win. It’s definitely a fun contest and it’s also fun just to create the doodle. Just go for it.”

“Gwenith is absolutely one of the kindest humans I’ve ever met in my life,” said Mrs. Fitzpatrick. “She is thoughtful and considerate of everyone around her and is just a good person. She is loving, she is patient, she is welcoming to anyone. I don’t think I’ve ever seen her without a smile on her face or ‘yeah, how can I help you?’ She’s always willing to help other students in class. I mean, this is a kindness challenge and that is just right up her alley.”