As our world returns to normalcy, everyone is finally able to get back into their normal routines- even though they may be different. We’ve switched from restaurant dining to takeout food, hugs to elbow bumps, and sadly, movie theaters to T.V.’s.

Last year, many anticipated releases were postponed. This year, we reap the benefits. After consulting a couple of Jenks film aficionados, we are able to provide you with a researched watch list of great films to satisfy your movie-watching needs. Jenks film teacher Clifton Raphael and Jenks student Aaron Siebert (11) offered up their expertise on everything from anticipated blockbusters to upcoming independent films to help guide you to the right movie to watch. PG-13   Dune is a sci-fi film based on the book Dune (1965). The movie is directed by Denis Villeneuve and set in the year 10,191. This film covers the first half of the book. The main protagonist, Paul Atreides (played by Timothee Chalamet), is the son and heir to the governor of the desert planet Arrakis; however, the planet is the only place that exists to get “the spice”. The spice is a substance that gives humans superhuman abilities, think Limitless, and there are many people wanting to obtain it. The story follows the Atreides family and their mission to keep control of Arrakis and “the spice”. Dune is set to release in the U.S. on December 18th. Judging by the comments from our Jenks film experts, it seems like Dune will definitely be a well directed film.

“The director, Denis Villeneuve, has just been on a roll with his work in Blade Runner 2049, Prisoners, Sicario, Arrival,” says Aaron Siebert.

“I know virtually nothing about Dune, but it’s by Denis Villeneuve who’s done a number of really interesting films. I think it’s going to be really visually appealing and interesting,” Raphael says. 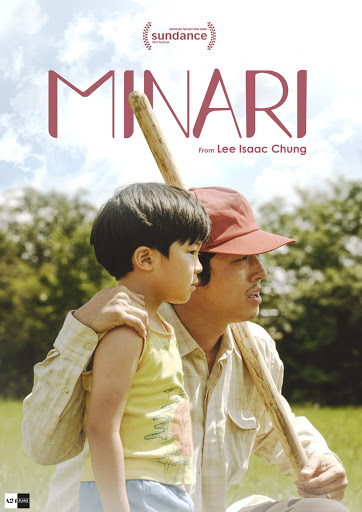 PG-13  Minari is an A24 film directed by Lee Isaac Chung and produced by Brad Pitt’s production company. The film follows the Yi family, a Korean-American family that moves from California to a farm in rural Arkansas. The film will be a story about facing real life problems, family relationships, growing up as a minority, and exploring the American Dream. Minari was screened at The Sundance Film Festival on January 26th, 2020, and is set to release on February 12th of this year.

“The film I am looking forward to most this year would have to be Minari by Lee Isaac Chung,” says Siebert. “ He made the film Lucky Life in around 2010. All my favorite directors that have seen it in festivals have said nothing but good things about it.”

Some notable actors include: Steven Yeun, Youn Yuh-jung, and Will Patton. 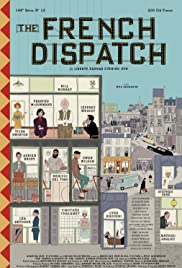 R   The French Dispatch is an American comedy-drama film directed, produced, and written by Wes Anderson. The film tells the story of a publication in Europe that publishes a tribute edition to the three best stories from the last decade. The movie recreates these three different stories that revolve around student riots, a chef that solved a kidnapping, and an artist given a life sentence. The film is extremely thematically layered and stylistically true to Wes Anderson. The French Dispatch is set to be released in May of this year.

“I think a lot of people, including myself, are looking forward to The French Dispatch,”says Siebert. “It’s the newest Wes Anderson movie. He ups his style, appeals to a lot of people, and it looks like it will be a very striking one. Of course, he’s got a great track record and a very distinct style.”

No Time To Die 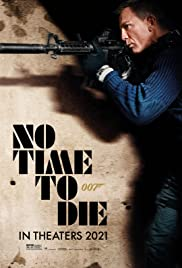 PG-13  No Time To Die is a spy thriller, the 25th Bond film. Set 5 years after the last Bond movie, Spectre (2015). The film follows Bond’s adventures after retiring from active service. Bond is recruited by a CIA officer to find a missing scientist. On his journey, Bond uncovers the plot of a terrorist that poses a threat to the safety of millions. The film is said to be action-packed, as Bond films are. It is also Daniel Craig’s last role as James Bond. No Time To Die will be released on October 8th.

“No Time To Die is co-written by Phoebe Waller-Bridge, who did the series Fleabag on Amazon,” Says Raphael. “It was a very funny and smart series. She was the creator, the writer, and the actor, so for her to be covering a James Bond film- that’s a very interesting idea to me.”

Judas and the Black Messiah 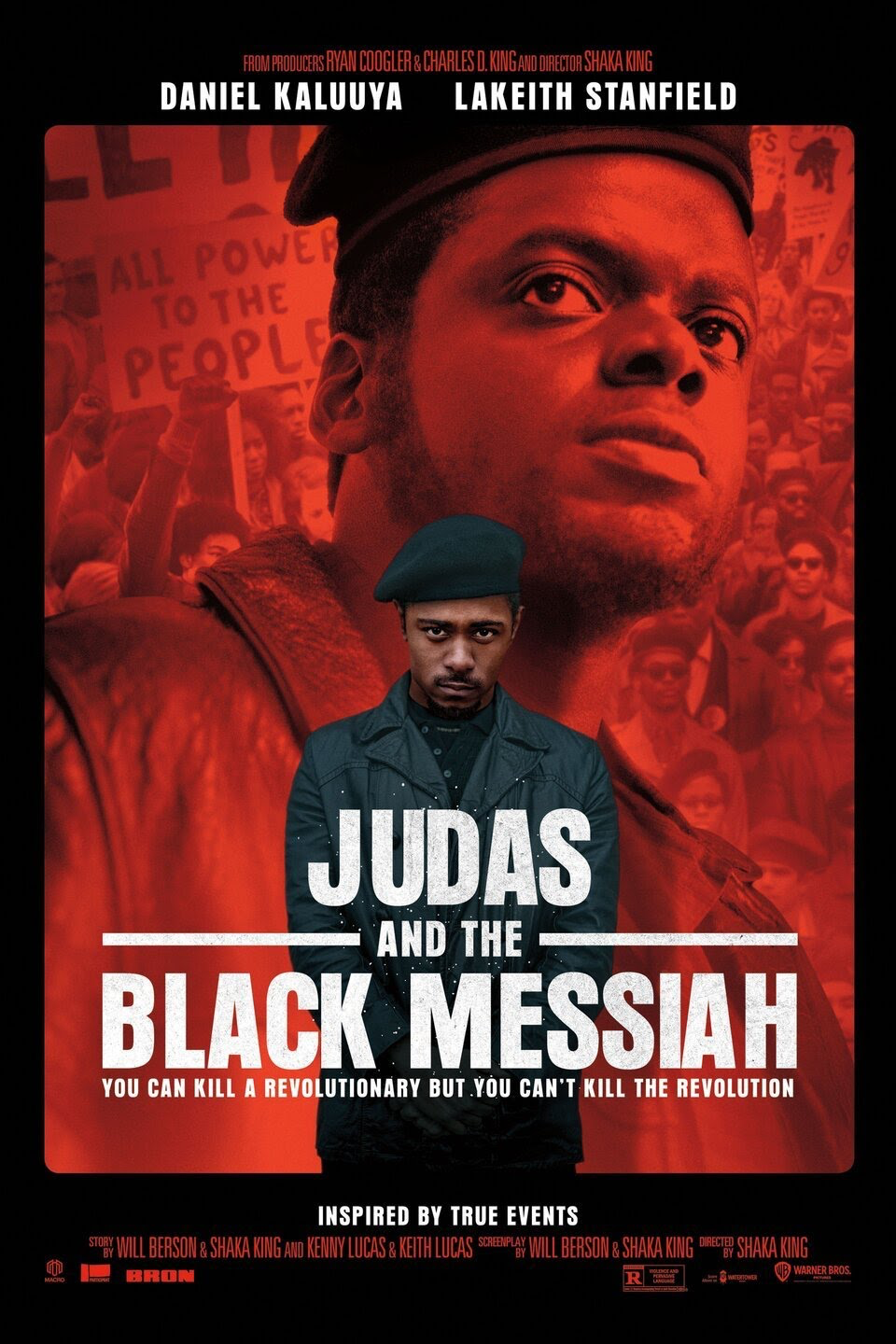 R   Judas and the Black Messiah is a historical drama produced and directed by Shaka King. The film tells the story of Fred Hampton, a Chairman of the Black Panther Party, and William O’Neal, an FBI informant tasked with infiltrating the Illinois chapter of the Black Panther Party to get information on Fred Hampton. The film is said to encapsulate beneficial and progressive ideas and philosophies. Judas and the Black Messiah is set to release on February 12th.

“It has Daniel Kaluuya and LaKeith Stanfield, two actors that have been in movies that I thought they were amazing in.  I think it will be intense and incredibly well acted.” 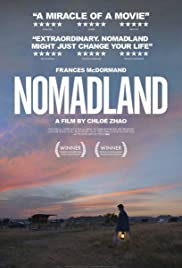 R  Nomadland is an American Western Drama produced by and starring Frances McDormand. The film takes place as the main character, Fern, who was recently widowed, loses her job. Fern assesses her life and decides to subscribe to a nomadic lifestyle. She sells her belongings, buys a van, and befriends fellow nomads. Nomadland is set to release on February 19th.

“I’m looking forward to the film Nomadland starring Frances McDormand, my favorite actress,” says Siebert. “It’s about a woman who decides she’s done with her lifestyle, so she starts to drive around and lives like a nomad.” 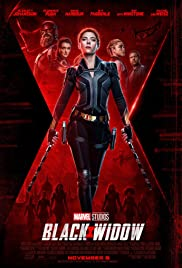 PG-13  Black Widow is the newest Marvel action film. It is written by Eric Pearson, who also wrote Godzilla vs. Kong (2021). Black Widow is set after the Marvel film Captain America: Civil War (2016). The film follows Natasha Romanoff as she deals with threats related to her past. Before she was an Avenger, Natasha was a spy trained in a secret academy. In the film, she encounters old friends and rivals and confronts her old life. Black Widow is set to be released on May 7th.

In the Heights is a musical drama about a Dominican-American neighborhood named Washington Heights in New York City.

“In The Heights is coming out this year, which is a Lin-Manuel Miranda musical originally, and since I liked him so much from Hamilton I thought this might be an interesting movie.” says Raphael.

Cherry is a crime drama directed and produced by the Russo brothers. The film stars Tom Holland, an Army veteran that becomes a bank robber. It is based on a novel by Nico Walker, published in 2018.

“It’s Tom Holland and the Russo Brothers, so I think it’s going to have a lot of success for a smaller movie because of everyone involved in it. It looks very interesting,” says Siebert.

Godzilla vs. Kong is an American monster film. It is the 36th Godzilla film and 12th King Kong film. The movie features Alexander Skarsgård, Millie Bobby Brown, and Rebecca Hall.

“I have seen all 35 Godzilla films, and I am really looking forward to them fighting on a big screen, and I have no shame in that.” says Siebert.

The Beatles: Get Back

The Beatles: Get Back is a documentary about The Beatles. The footage was shot in 1969, some of it has never been seen before.

“Peter Jackson is doing this documentary, The Beatles: Get Back, which is about the Beatles last recording session on the roof of Apple Studios in Illinois. They found a lot of additional footage apparently that’s going to be in the movie.” says Raphael.

Candyman is an American Slasher film produced and co-written by Jordan Peele. It’s the fourth film of the Candyman series and based on the short story “The Forbidden” by Clive Barker.

If you’re planning to enjoy these movies in the theater, make sure you’re taking precautions to keep yourself and those around you safe. Consider choosing seats spaced out from fellow movie watchers, make sure to wear your mask, and have a nice time! If you’re planning on enjoying these movies from the comfort of your house, provide yourself with your favorite movie-watching treats, and enjoy the film!