I’m beginning winter break by having my wisdom teeth removed. Although I don’t look forward to what it will take to have four teeth ready for the tooth fairy all at once because they were never designed to come out on their own, I am consoling myself by planning a recuperation that involves copious amounts of ice cream and lots of Studio Ghibli films.

Watching my favorite Studio Ghibli films is a nostalgic experience that feels like home. Whether it’s a chilly snow day and you’re planning to snuggle on the couch with a blanket or you’re looking for a cool, peaceful place to escape the heat of summer, Studio Ghibli’s got you covered.

I have created a list of my favorite “feel good” films from Studio Ghibli so that you can get a glimpse of the magic Miyazaki turns hand drawings on paper to life on the screen. In my review of my top “feel good favorite” Studio Ghibli films, I will be giving a synopsis, exceptional qualities of the film, and recommendation.

Although Studio Ghibli Films range in various genres, I tend to go for the “feel good” films that they are notorious for making. Each film is brought with tranquility and an element of “ma” which in Japanese is “emptiness” or “negative space” when nothing is happening and yet you can feel everything happening. The negative space that “ma” creates gives the audience and characters in the film space to breathe and absorb what’s happening around them. It’s a beautiful element that adds authenticity to Miyazaki’s films. Although they may have the same structure of storyline, each film brings a unique stylistic element to the table. 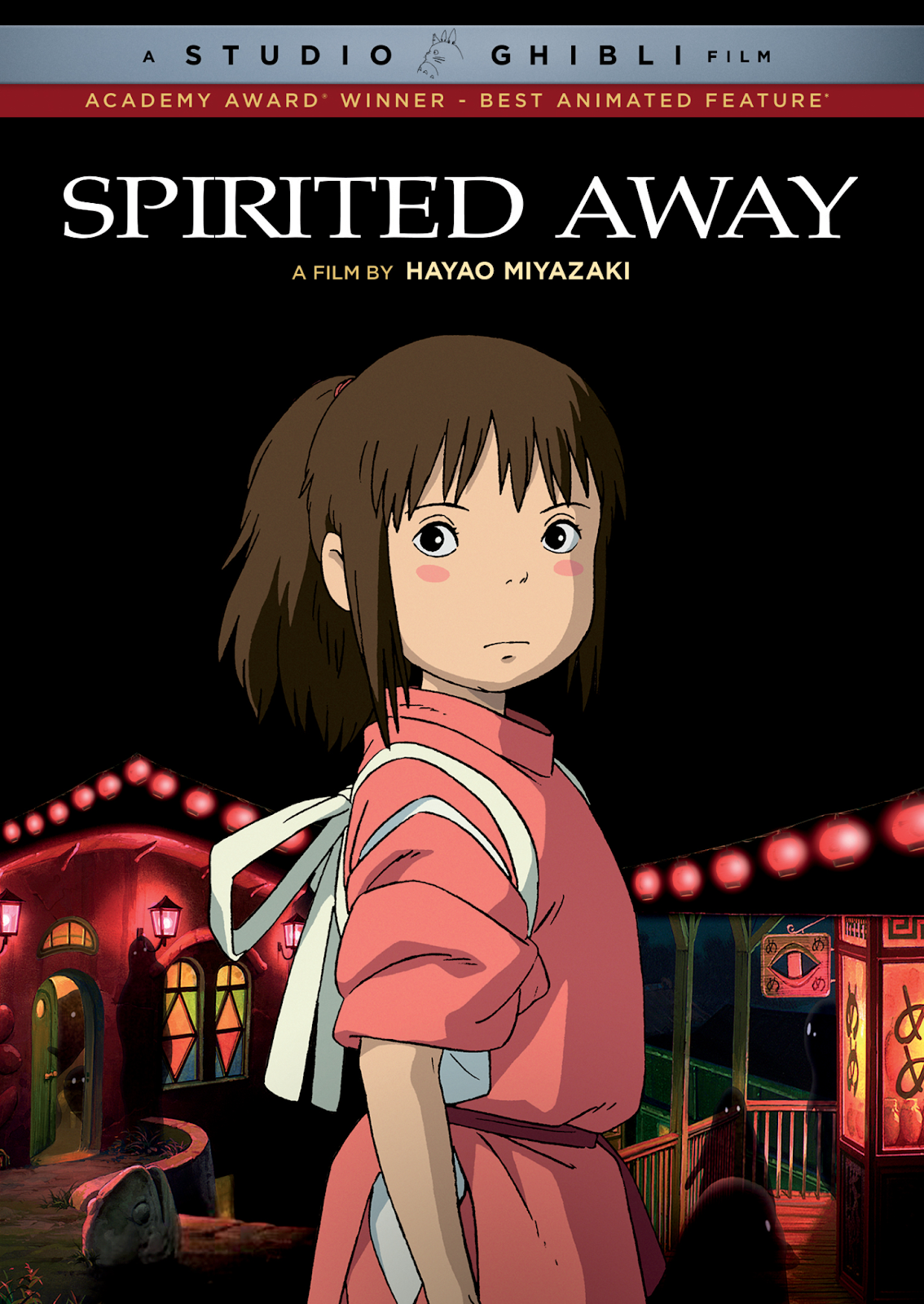 Synopsis: When 10 year old Chihiro Ogino’s parents get turned into pigs at an abandoned amusement park, she is left by herself to go after them. Overwhelmed by this situation, she meets Haku, a 12 year old boy who takes her in and helps her navigate through this magical park that is really a night resort for mystical spirits. Chihiro must work at the resort to free herself and her parents from this mysterious resort.

Exceptional Highlights: Miyazaki’s skill, imagination and creativity shine in this film. Each character has an individual personality, look, and creative aspect unique to himself or herself.

Recommendation: To anyone interested in action, comedy, and looking for a breath of fresh air, this is the film for you. If you’ve never seen a Studio Ghibli film before, begin by watching Spirited Away. 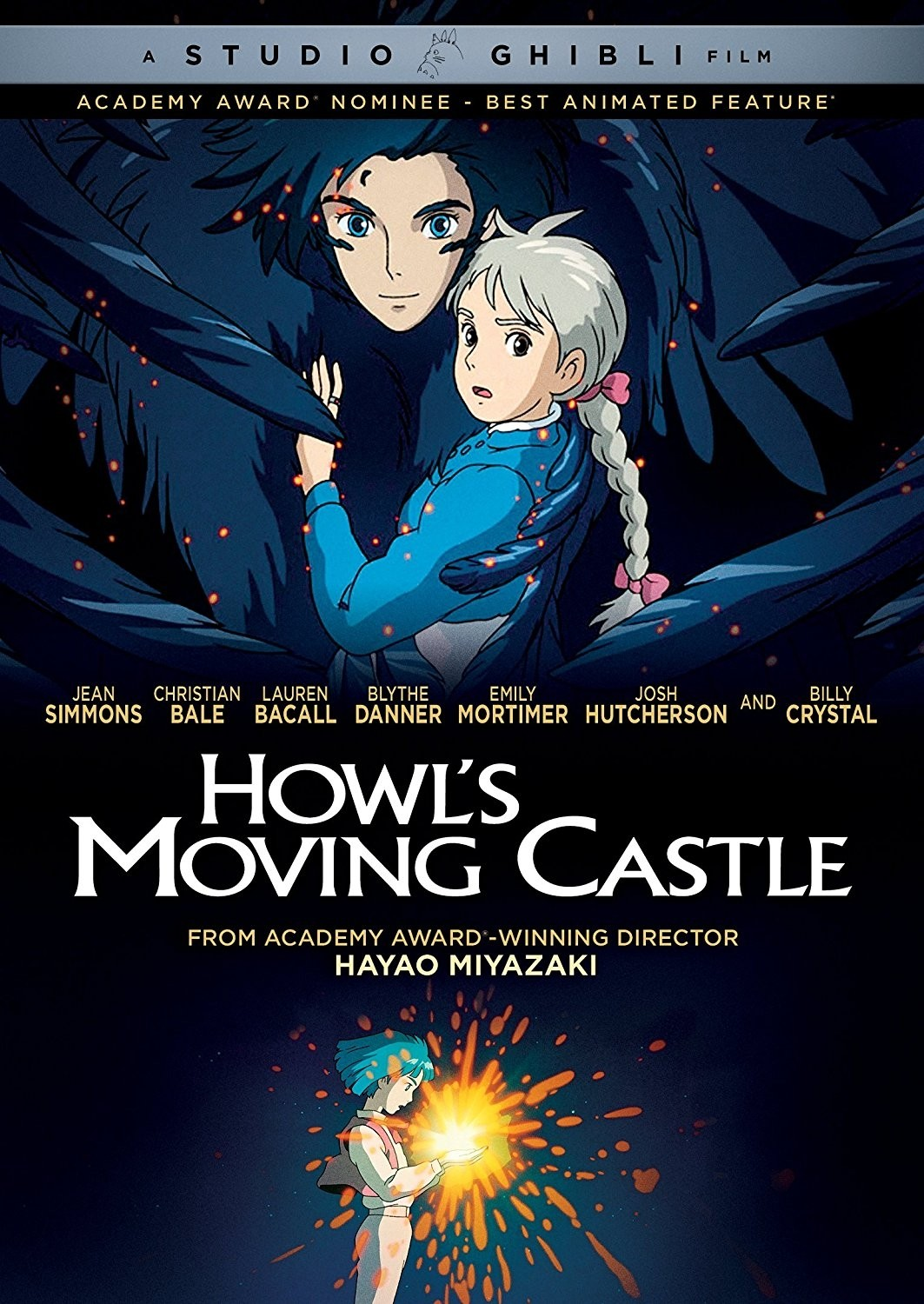 Synopsis: Despite her young age, Sophie Hatter is bored of working at her family’s old hat shop. Things take a swift turn into excitement when she meets Howl, an infamous mysterious wizard who lives in a magical moving castle. Jealous of this new interaction between the two, the Witch of Waste casts a spell on Sophie that ages her prematurely. Shocked and unsure of what to do, Sophie journeys to Howl’s Moving Castle, where she hopes Howl will reverse the curse and return her back to normal. Along the way Sophie discovers that beauty isn’t everything that makes a person who they are.

Exceptional Highlights: In spite of its rather basic plot, this film stands out in terms of its aesthetic, animation, and character development. The film exudes a sense of calm that Miyazki conveys through his visual and auditory but non-verbal details. With each blade of grass in the fields to the rustles of a dress, Miyazaki pulls us into his world.

Recommendation: For anyone wanting to explore Miyazaki’s movie magic, this is the film for you. Filled with a dash of romance, comedy, and adventure, Howl’s Moving Castle will warm your soul. Synopsis: As a doll sized human, Arrietty explores the world in the midst of giant “normal” sized humans who are after the mysterious tiny people. Although curiosity may get the best of her, she journeys on, breaking rules and making new memories and friends along the way.

Exceptional Highlights: Filled with color and creativity, Arrietty is full of upclose features of the big, small world. It highlights a simple yet beautiful lifestyle. As the film is very nature based, Miyazaki does an excellent job at creating the world from a bug’s eye view. He captures the little details one wouldn’t notice as a normal human being and explores life from this simultaneous shrinking of size and magnification of perspective. Part of Miyazaki’s genius is his ability to draw us into Arietty’s curiosity about the world and, in her endless bravery and imagination, express our own desire to live like she does.

Recommendation: For anyone wanting to view the world from a beautifully epic point of view, watch Arriety. This is a film for inquisitive nature lovers. 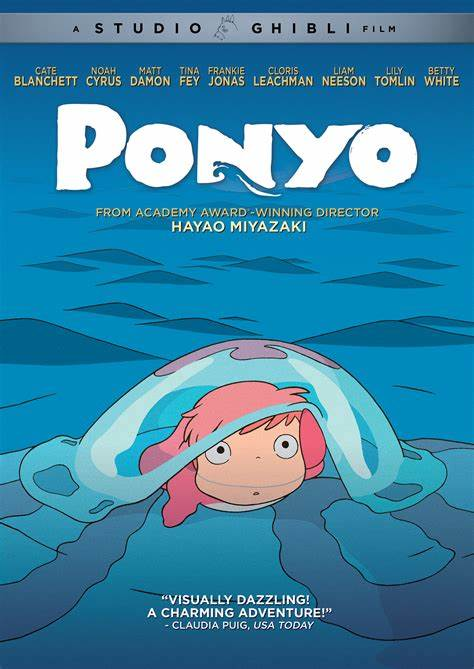 Synopsis: Ponyo, a fish from the sea, breaks free from her overprotective father’s grasp and explores the world above the sea, becoming close friends with a young boy named Sasuke. Sasuke introduces Ponyo to a new life full of fun, friends, and adventure.

Exceptional Highlights: Bringing oceana to earth, Miyazaki combines mystery with modern. The clash of vivid colors under the sea with earth’s busyness creates a wonderful mesh of what would happen to a little girl who longs to live in both worlds. Miyazaki uses bubbly shapes and vivid colors to a child’s perspective on the world, a world full of free exploration and life. The cinematography brings back the nostalgic and warm feelings of childhood and innocence.

Recommendation: Even though many will say this film is meant only for children, I’d disagree and say that this is meant for anyone wanting to reminisce about their childhood. Overflowing with joy and curiosity, this film is for those looking for a splash from the past. Synopsis: Ever wonder what it’d be like to become a cat? Miyazaki’s got you covered! After saving the cat prince, Yuki, a young teenage girl is kidnapped by the cat king and taken to become the prince’s bride. Turning her into a cat and later having a possessive obsession with Yuki, the cat king tries to marry her himself. The only person that can save her is Baron.

Exceptional Highlights: Filled with jokes and action-packed drama, The Cat Returns is notable for the creative exploration of what life is like the realm of cats.

Recommendation: This adventurous film is for anyone who likes comedy, drama, and cats. 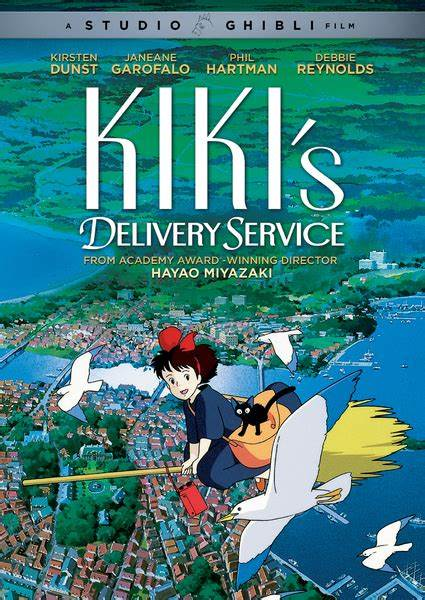 Synopsis: Kiki, a witch in training, is sent to a new town to become the new local witch, finding out that most don’t exist anymore. Instead, she takes up the job of a delivery service and creates fond memories with the townsfolk.

Exceptional Highlights: Although the plot of this film is quite simple, Miyazaki does a fantastic job at portraying the start of a new life in a new town. He brings a snapshot of reality, along with  the ups and downs of moving into a new town.

Recommendation: For anyone interested in a cute and quiet film, this film is for you.

These feel-good films can be checked out on  DVD from the Tulsa County Library. They are also available on HBO Max, Netflix, or Hulu. Pro tip: Devoted fans watch the movie in Japanese with subtitles to experience the full world that Miyazaki creates. However, if you feel more comfortable with English dub, the studio does a fantastic job of dubbing each movie in English as well. With that, sit back and enjoy the movie magic Miyazaki creates from paper to the big screen.